SOLUTIONS in Dover this week:  We made the news, check it out:  (click the article for link)   We had a prominent panel of experts from all aspects of the community delving into solutions for New Hampshire,this past Wednesday evening at St. John’s United Methodist Church in Dover.  It was a frank discussion about solutions to the opiate epidemic in New Hampshire.

A conflict of events with the ongoing campaigning and debates in the region somewhat influenced our turnout;  However it is quality not quantity thats important and we had an amazing group of speakers and guests in attendance that made this town hall an event that inspired action.

After hosting our own town hall I hit the streets of New Hampshire with my good friend Kevin Meara founder of City of Angels-NJ and former Councilman of Hamilton Township, NJ.

Snow or shine we tracked the candidates from one side of the state to the other.  I had an opportunity to speak with New Jersey governor Chris Christie, Texas senator Ted Cruz and Ohio governor John Kasich. Focusing on two related issues our country faces within our mission.  I summoned the candidates positions on:  Federally mandated prescription drug monitoring program (PDMP) and The removal of direct to consumer marketing of pharmaceuticals on television.

New Jersey governor Chris Christie stated that he would not mandate providers to register with the PDMP but would strongly urge their participation. Regarding pharmaceuticals he indicated his distaste as well as his concern of the danger they pose however did not state that he would remove them.

Governor Ted Cruz stated he was against removing direct to consumer based marketing from television suggesting his decision would be based upon the premise of upholding The 1st amendment and ideally would set out to delegate PDMP to state level enforcement. Governor Cruz suggested his “solution” to the heroin epidemic would be stronger border controls – A wall perhaps?   His standings on the issues came off particularly ironic since within the same conversation he chose to share a story of his personal loss of a family member to drug overdose.  We made the news, check it out

Ohio governor John Kasich stated quite frankly that he would support MANDATORY federal regulated PDMP as well as the removal of ALL direct to consumer marketing from television.

A few things from this week from Steered Straight

Sadly we lost a member of our Steered Straight family last week. Larger than life, an extremely passionate young man, Troy Fields;  Son of Michelle Cooney-Standeford, our Indiana director.  Troy was a great husband, father, son and friend and he will be sorely missed by all.

We are growing.  Steered Straight is excited to announce our expansion into the Southwest.  Our Mesa, Arizona office will be opening in the late spring of 2016 and will be fully operational and ready to go by the opening of the school year in the fall.  Our Arizona team will be lead by Angie Geren and Bill Gates. 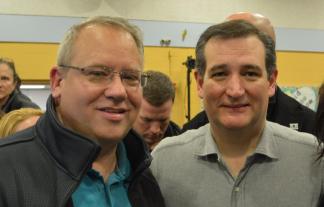 Be sure to check out our new and improved website that will be launched on Monday February 8, 2016.

Thanks for your support!!!